Tropical Islands Resort is a tropical theme park in Krausnick, in the district of Dahme-Spreewald in Brandenburg, Germany. It is located in the former CargoLifter airship hangar (known as the Aerium), the largest water park, biggest free-standing hall in the world. The hall belonged to the company CargoLifter until its insolvency in 2002.

BEHIND THE HALL
In 1938, Nazi Germany began development of Brand-Briesen Airfield for the Luftwaffe. The Red Army overran the site in May, 1945, and occupied the site after World War II, adding a second runway and nuclear-resistant command and control facilities for the installed fighter aircraft regiment.

With the reunification of East Germany in 1989/1990, the Soviet Army agreed to return all military bases by 1994. Returned to the Federal Government of Germany in 1992, Cargolifter AG bought the former military airfield to construct airships. They began development of a new construction hall, 360 metres long, 210 metres wide and 107 metres high, which cost €78 million. At 5.5 million m³ (194 million ft³), it stands as one of the largest buildings on Earth by volume, and is the world's largest single hall without supporting pillars inside. The hangar was commissioned as an airship hangar named Aerium in November 2000, but the airship it was intended to house – the CL160 – was never built. CargoLifter went bankrupt in mid-2002.

Tropical Islands has a number of different themed areas: 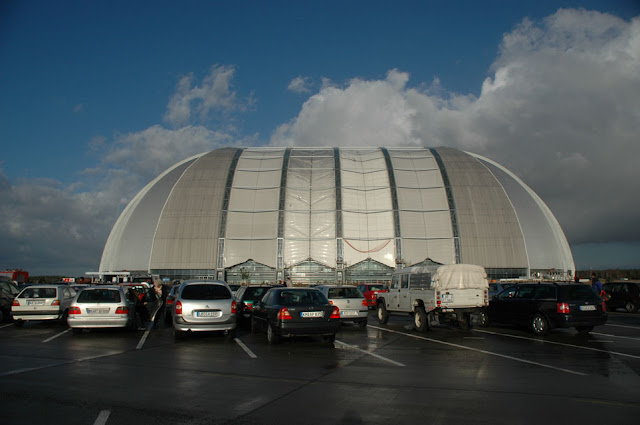 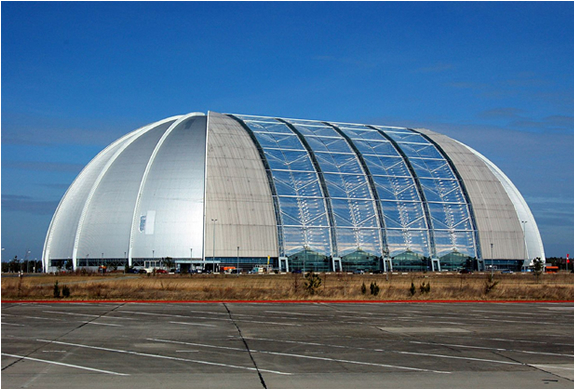 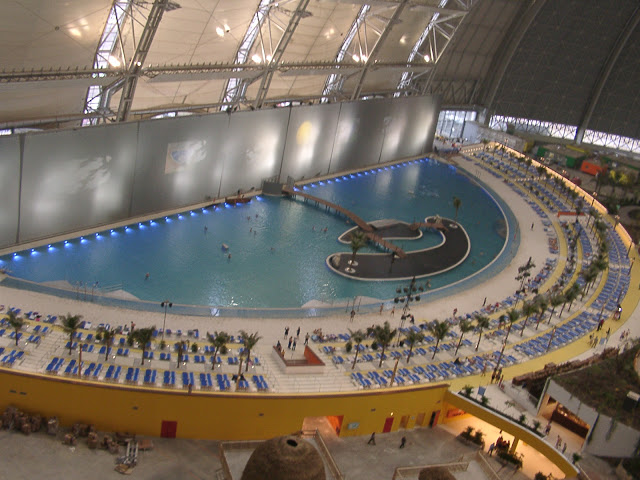 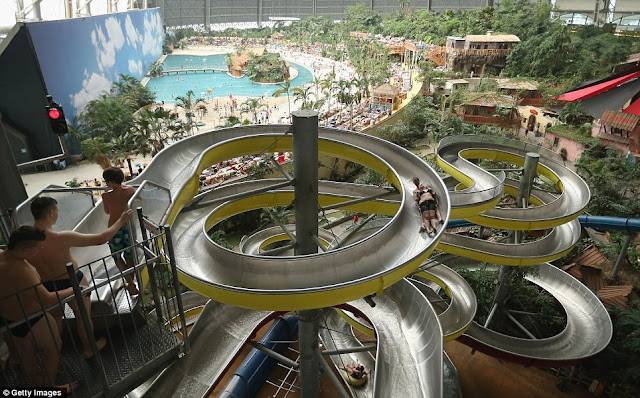 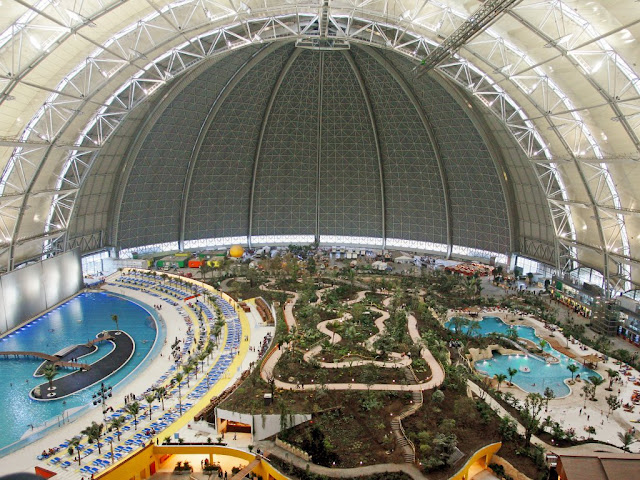 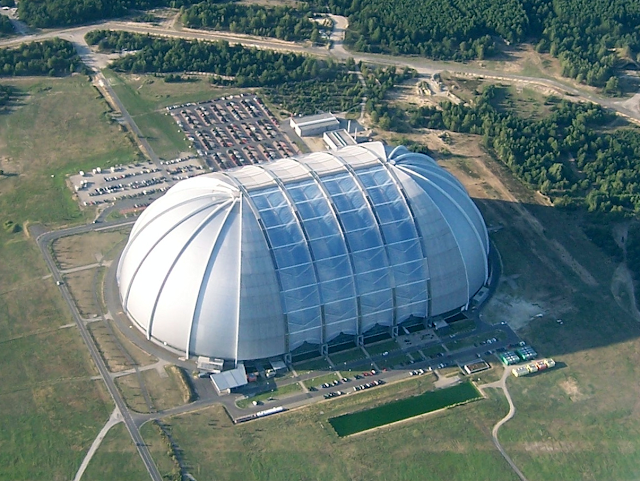 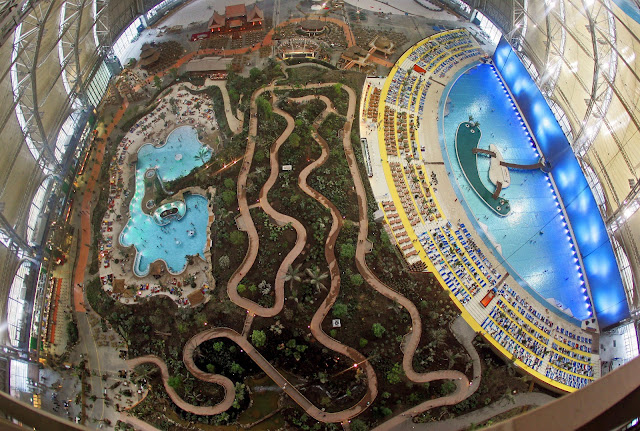 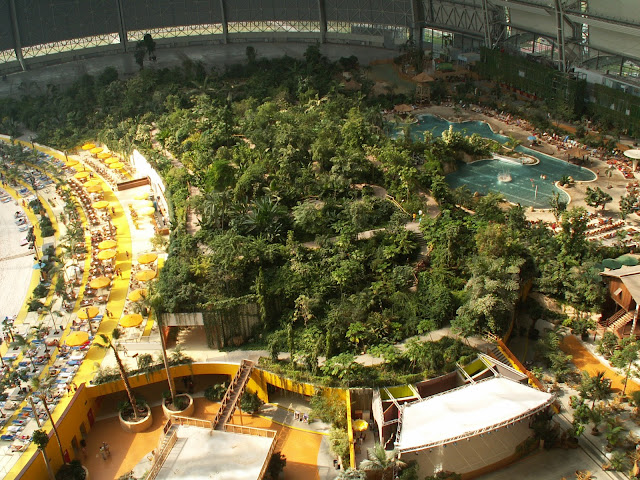