The Banpo Bridge is a major bridge in downtown Seoul over the Han River, South Korea, connecting the Seocho and Yongsan districts. The Banpo Bridge is on top of Jamsu Bridge, forming a "double deck" bridge. During periods of high rainfall, the Jamsu Bridge is designed to submerge as the water level of the river rises, as the lower deck lies close to the waterline. This deck incorporates pedestrian and bicycle paths that provide easy access to the Banpo Hangang Park from the north side of the river. Banpo Bridge is a girder bridge and was completed in 1982. 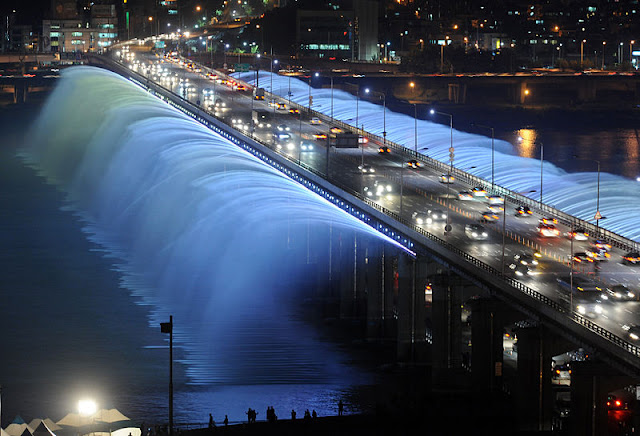 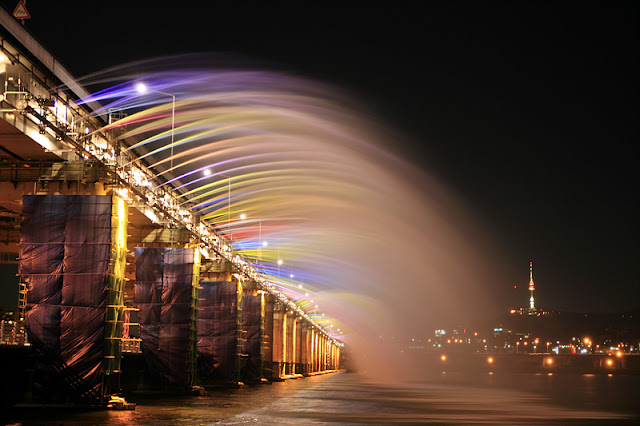 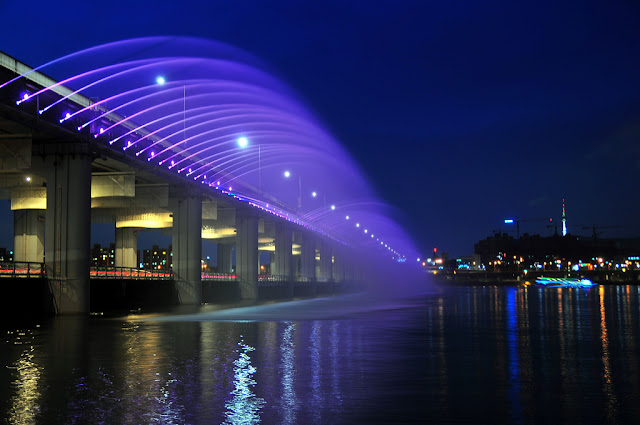 
The Moonlight Rainbow Fountain is the world's longest bridge fountain that set a Guinness World Record with nearly 10,000 LED nozzles that run along both sides that is 1,140m long, shooting out 190 tons of water per minute. Installed in September 2009 on the Banpo Bridge, Seoul mayor Oh Se-hoon praised that the bridge will further beautify the city and showcase Seoul's eco-friendliness, as the water is pumped directly from the river itself and continuously recycled.[4] The bridge has 38 water pumps and 380 nozzles on either side, which draw 190 tons of water per minute from the river 20 meters below the deck, and shoots as far as 43 meters horizontally.