At the location chosen for the bridge the river is only 180m wide and the basic clearance requirements for the crossing were a minimum opening of 86m, a height of 55m (vertical clearance) when lifted and 7m when in the lower position. The two high towers which carry the lifting equipment and guide the spans are about 80m high. The two independent spans (can be independently lifted) each carry three carriageways and a 2.5m walkway and are 18m wide.

The total length of the roadway is 670m and the liftable section is 116m long; the weight of each roadway is 1,200t. The towers are placed in between the spans with lifting equipment overhanging them on both sides. Each of the two towers has two hollow concrete shafts that are supported on an elliptical caisson. This shape minimizes interference with the river flow. 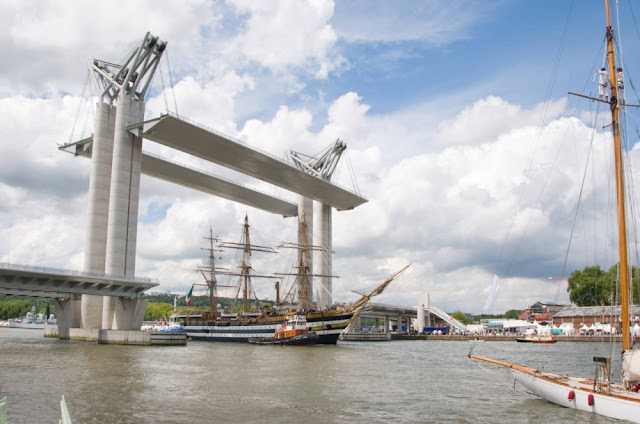 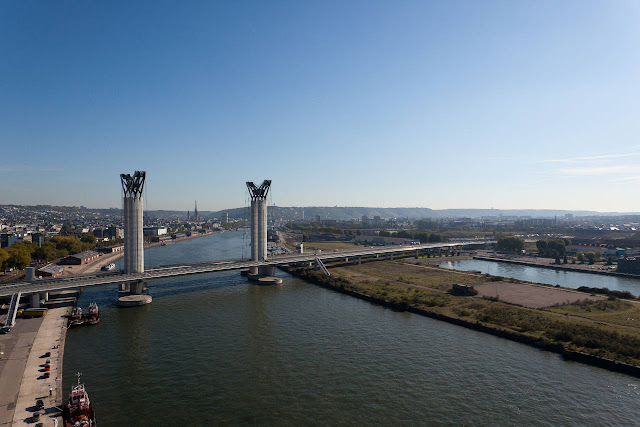 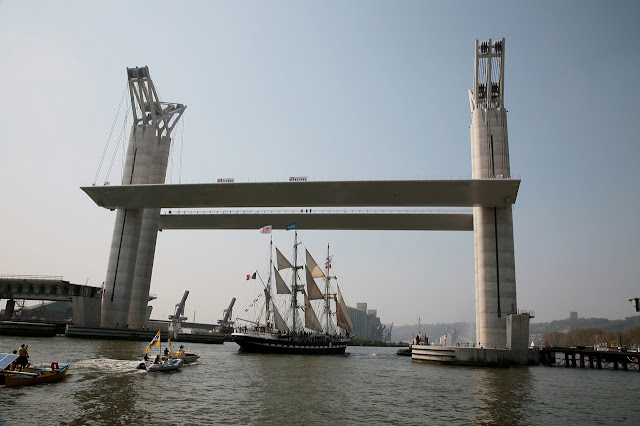 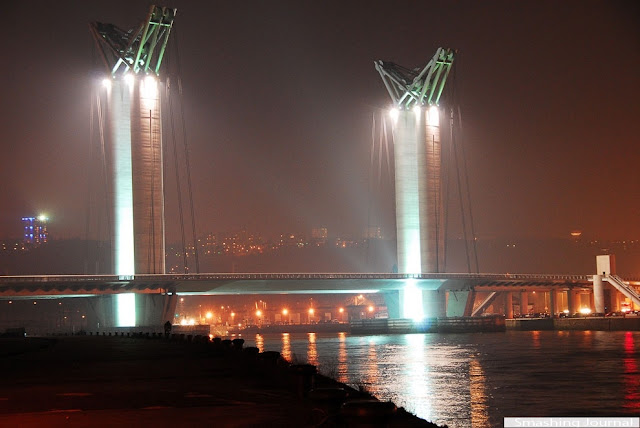 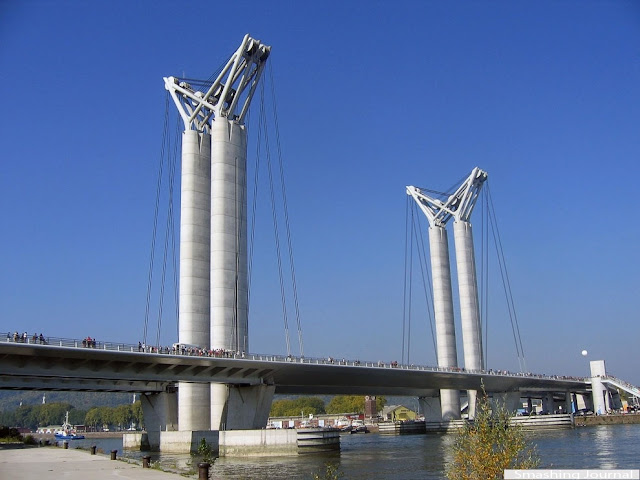 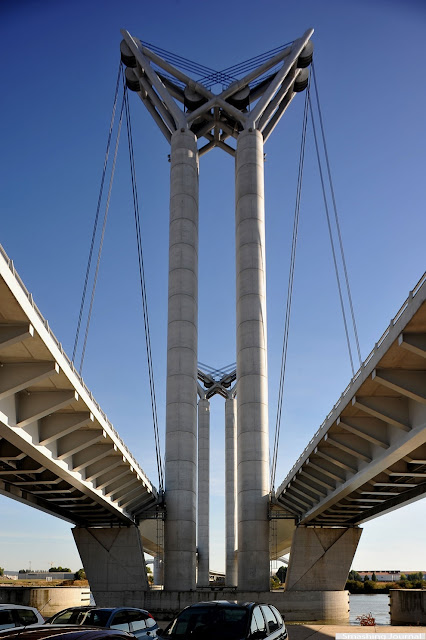 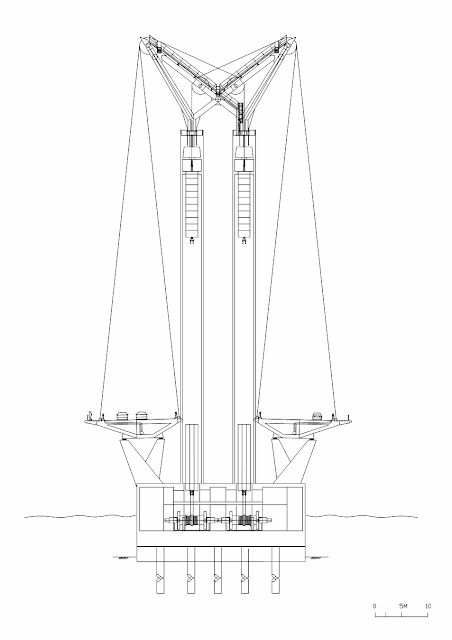